On 4-25-18 Sevier County Deputies were dispatched to what was reported as a structure fire in Elsinore (425 south old highway 89) at 11:14 AM.  The Elsinore Fire Department was dispatched along with the Monroe Fire Department. The fire departments also had to have water tenders dispatched as well. The fire was burning an old shed and an abandoned single wide mobile home that had been to the property for dismantling.  Earlier in the day, a subject had been burning the canal banks in the area. At some point the subject burning the canal banks had left the area. Witnesses said they say two separate fires along the canal bank an hour before the fire was called in. The fire had been driven by the wind towards the shed and mobile home from the canal bank. There were two other trailers that were residences, but were not occupied at the time, that were threatened by the fire.  The fire departments were able to extinguish the flames but were called back later as the winds picked up and smoke was picking up. There were no injuries in the fire. Damage estimates are yet to be determined. The subject who started the fire on the canal bank was cited for reckless burning.

As a reminder, you must get a burn permit to burn and notify public safety dispatch when you get a permit. It is a good idea to check with the local fire warden or fire department to see what hazards may come up while burning. 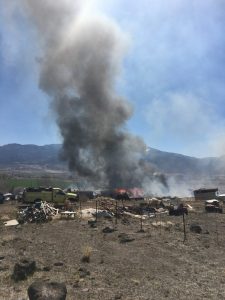 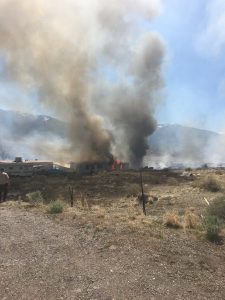 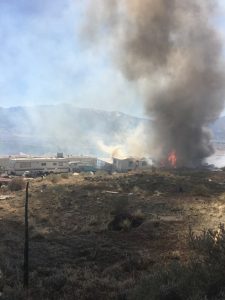 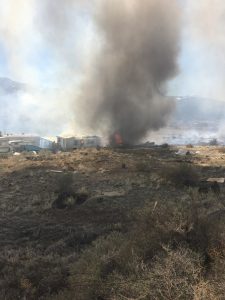