*******Updated as of 2-18-18: Corrected as to only Linda Reynolds was taken to the hospital. Owen Reynolds was deceased before firefighters could get to him at the residence.******

On 2-17-18 at 4:03 AM Richfield City Fire Department, Sevier County Deputies, and Sevier County EMT’s were dispatched to a residential fire on 2330 East and approximately 1700 north. 85 year old Owen Kay Reynolds died in the fire. His wife was able to get out of the house and was taken to Sevier Valley Hospital for treatment.

The fire started in a bedroom where Owen was sleeping. The cause of the fire is undetermined at this time, and the Utah fire Marshall’s Office is investigating the cause.

Just before 4:00 am Linda Reynolds (61) was woken up by Owen, her husband, yelling for her to get a fire extinguisher. She grabbed a fire extinguisher from the kitchen and ran to Kay’s bedroom. She pulled the pin but when she depressed the lever on the extinguisher nothing happened. She then tried to get into the bedroom to get Owen but it was too hot and she could not see anything due to the smoke and flames.  She then ran to her phone and dialed 911.

Firefighters had to fight active flames before they could get to the bedroom and locate Owen. Owen was located in the bedroom but did not survive. . The medical examiner was called to investigate the cause of death and an autopsy will be performed. No foul play is suspected.

The Red Cross has been contacted to assist Linda as the home was damaged all through out due to fire and the smoke. 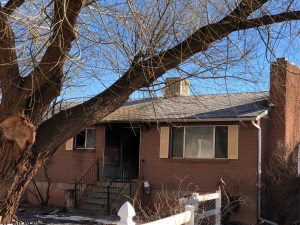 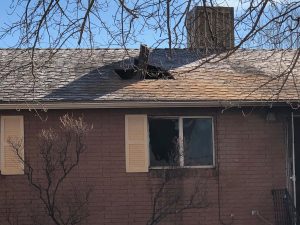