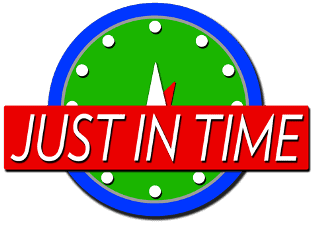 Just In Time Disaster Training Video Library - There are now 502 disaster mitigation, preparedness, response and recovery training videos embedded in the library with new videos being added on a daily basis. The purpose of this FREE on-line library is to provide a single, easy to search source in which individuals, agencies and organizations can access.

Animals in a Disaster
Drought
Thunderstorms and Lightning
Earthquakes
Fire 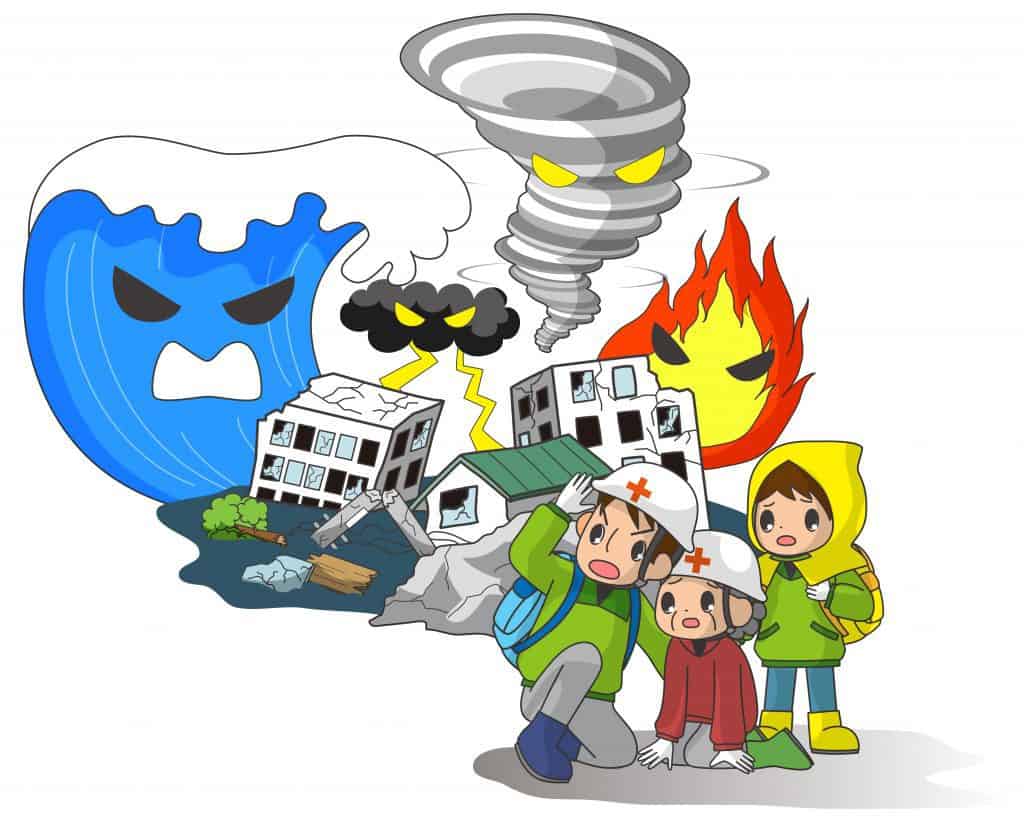 Protect Your Pets in Case of Disaster

The best way to protect your family from the effects of a disaster is to have a disaster plan. If you are a pet owner, your plan and provisions should include your pets. It may be difficult, if not impossible, to find shelter for your animals in the midst of a disaster; so plan ahead.

BEFORE A DISASTER
Ask friends, relatives, or others outside the affected area whether they could shelter your animals if needed in an emergency. If you have more than one pet, they may be more comfortable if kept together; but be prepared to house them separately.

Contact hotels and motels outside your immediate area to check policies on accepting pets and restrictions on number, size, and species. Ask if “no pet” policies could be waived in an emergency. Keep a list of “pet friendly” places, including phone numbers with other disaster information and supplies. If you have notice of an impending disaster, call ahead for reservations.

Prepare a list of boarding facilities and veterinarians who could shelter animals in an emergency. Include 24-hour phone numbers.

Include pet supplies as part of your 5-day kit.

DISASTER SUPPLIES FOR YOUR PETS


Bring your pets inside immediately. Animals have instincts about severe weather changes and will often isolate themselves if they are afraid. Bringing them inside early can keep them from running away. NEVER LEAVE A PET OUTSIDE OR TIED UP DURING A STORM!

If you have no alternative but to leave your pet at home, there are some precautions you must take; but remember that leaving your pet at home alone could also place your animal in danger. Confine your pet to a safe area inside. Place a notice outside in a visible area, advising what pets are in the house and where they are located. Provide a phone number where you or a contact can be reached as well as the name and number of your vet. In some, short duration emergency situations, being left with appropriate supplies in familiar and safe surroundings can be easier on your pet.

A drought is a period of drier than normal conditions that results in water-related problems. Drought occurs in virtually all climatic zones, but its characteristics vary significantly from one region to another. Drought is a temporary condition; it differs from aridity, which is restricted to low rainfall regions and is a permanent feature of climate.

WATER CONSERVATION MAY BE CRITICAL

The following tips can help you conduct your own home water audit:
Check every faucet, toilet, showerhead, and hose bib for leaks. Even slow drips can use 15-20 gallons of water per day.
Check for hidden leaks in your water system. Turn off all faucets, then check your water meter. Wait 15 minutes, if the water meter has changed, you may have a leak.
Flush toilets only when needed. Use a water displacement device inside the tank to utilize less water.
Shorten your shower time. A 10 minute shower uses from 30 to 80 gallons of water.
Turn off the water while you brush your teeth. Keep a pitcher of cold water in the refrigerator, instead letting it run until it’s cold from the faucet.
When washing dishes by hand, turn off the water between rinsing. Only run full dishwashers and washing machines.
Try composting instead of using a garbage disposal. Your garden will love you and you can reduce the use of costly soil amendments while you save disposal water!
If you are remodeling or upgrading appliances, consider more resource efficient models. Many rebates are available.
Water in the early morning, more deeply and less often. Consider low-water landscaping, or Xeriscape and/or drip irrigation - watering only the plantings.

Crustal Fault Earthquakes
These are the most common earthquakes and occur at relatively shallow depths of 6-12 miles below the surface. Utah’s risk comes from slippage events within the North American Plate. When crustal faults slip, they can produce earthquakes of magnitudes up to 7.0. Although most crustal fault earthquakes are smaller than 4.0 and generally create little or no damage, some of them can cause extensive damage. Known active faults in the region include the Wallula, Hite, Mount Angel, and Lake of the Woods fault zones. Of the three earthquake types, crustal earthquakes are the greatest threat to Jackson County.

Deep Intraplate Earthquakes
Occurring at depths from 18 to 60 miles below the earth’s surface in the subducting oceanic crust, deep intraplate earthquakes can reach magnitude 7.5. This type of earthquake is more common in the Puget Sound; in Utah these earthquakes occur at lower rates and have none have occurred at a damaging magnitude. The February 28, 2001 earthquake in Washington State was a deep intraplate earthquake. It produced a rolling motion that was felt from Vancouver, British Columbia to Coos Bay, Utah and east to Salt Lake City, Utah.

Subduction Zone Earthquakes
The Pacific Northwest is located at a convergent continental plate boundary, where the Juan de Fuca and North American tectonic plates meet. The two plates are converging at a rate of about 1.5 inches per year. This boundary is called the Cascadia Subduction Zone (CSZ). It extends from British Columbia to northern California. Earthquakes are caused by the abrupt release of this slowly accumulated stress.

Although there have been no large recorded earthquakes along the offshore Cascadia Subduction Zone, similar subduction zones worldwide do produce "great" earthquakes with magnitudes of 8 or larger. They occur because the oceanic crust "sticks" as it is being pushed beneath the continent, rather than sliding smoothly. Over hundreds of years, large stresses build which are released suddenly in great earthquakes. Such earthquakes typically have a minute or more of strong ground shaking, and are quickly followed by numerous large aftershocks.

While all three types of earthquakes have the potential to cause major damage, subduction zone earthquakes pose the greatest danger. A major CSZ event could generate an earthquake with a magnitude of 9.0 or greater resulting in devastating damage and loss of life. Such earthquakes may cause great damage to the coastal area of Utah as well as inland areas in western Utah including Sevier County. It is estimated that shaking from a large subduction zone earthquake could last up to five minutes. The specific hazards associated with an earthquake are explained below:

Ground Shaking Amplification
Ground shaking amplification refers to the soils and soft sedimentary rocks near the surface that can modify ground shaking from an earthquake. Such factors can increase or decrease the amplification (i.e., strength) as well as the frequency of the shaking. The thickness of the geologic materials and their physical properties determine how much amplification will occur. Ground motion amplification increases the risk for buildings and structures built on soft and unconsolidated soils.

Surface Faulting
Surface faulting are planes or surfaces in Earth materials along which failure occurs. Such faults can be found deep within the earth or on the surface. Earthquakes occurring from deep lying faults usually create only ground shaking.

Liquefaction and Subsidence
Liquefaction occurs when ground shaking causes wet, granular soils to change from a solid state into a liquid state. This results in the loss of soil strength and the soil’s ability to support weight. When the ground can no longer support buildings and structures (subsidence), buildings and their occupants are at risk.

Earthquake-Induced Landslides and Rockfalls
Earthquake-induced landslides are secondary hazards that occur from ground shaking and can destroy roads, buildings, utilities and critical facilities necessary to recovery efforts after an earthquake. Some Jackson County communities are built in areas with steep slopes. These areas often have a higher risk of landslides and rockfalls triggered by earthquakes.

What to do in the event of a Wildfire

If indoors, get out and stay out; follow your family escape plan.

When a thunderstorm is approaching…

LIGHTNING
Lightning is a major threat during a thunderstorm. In the United States, between 75 and 100 people are hit and killed by lightning each year.

Myth: If it is not raining, then there is no danger from lightning.
Fact: Lightning has been detected as far as ten miles from the edge of a thunderstorm cell, and at locations with blue skies overhead.

First aid recommendations for lightning victims:
Many lightning victims can actually survive an encounter with lightning, especially with timely medical treatment. A person who has been struck by lightning does not carry an electrical charge that can shock others.

If a person is struck by lightning:

If your house is struck by lightning: